The conversation had on this episode is a little complex but is an excellent review in how science is done and “how the sausage is made” in terms of medical evidence in peer review for Alzheimer’s treatments.

We discuss the results of the AMBAR trial – The Alzheimer Management by Albumin Replacement – where people with mild to moderate Alzheimer’s showed significant improvements after having their blood plasma exchanged in addition to receiving either IV Albumin as well as IVIg (in some of the experimental groups).

The study doesn’t offer an explanation of the mechanisms around why Albumin and IVIg might have been effective, but a robust conversation about the research and the durability of the positive results ensues.

Our guest is an international leader in Alzheimer’s, Mercé Boada Rovira MD, PhD founder and director of the ACE Alzheimer’s Center in Barcelona, Spain. Dr Boada has led and published results of over 100 Alzheimer’s prevention and treatment trials over the many decades of her career.

This episode was co-produced and co-hosted by, Brett Graham, MD. Brett is a 2nd year neurology resident at Vanderbilt University Medical Center. 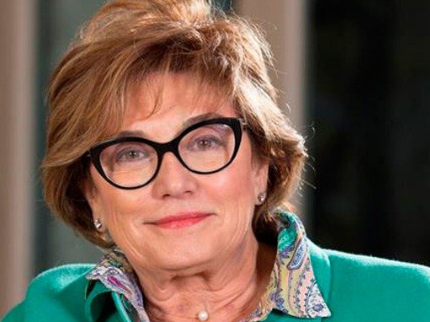 What is plasma exchange?

Also called plasmapheresis or PLEX. A procedure in which a machine is used to separate the liquid part of blood from the blood cells and then filtered similar to dialysis except that in plasma exchange big things like protein and antibodies are removed whereas in dialysis smaller molecules and electrolytes are the target. Because proteins are removed from blood in the process they are usually replaced with something like albumin afterwards. This treatment is mostly commonly used in treating certain autoimmune diseases like myasthenia gravis, Guillan Barre Syndrome, and thrombotic thrombocytopenic purpura (TTP) but it is also used in diseases where too much of a particular substance builds up in the blood such as in multiple myeloma or familial hypercholesterolemia.

Albumin is the main protein component of blood that serves to balance concentration gradients between the blood and tissues as well as shuttle many other molecules through the bloodstream. This is removed during plasma exchange and so must be at least partially replaced after a session.

IVIG stands for intravenous immunoglobulin and is basically pooled antibodies from blood donors, which when administered to a patient have a variety of effects, many of which are still not fully understood, but you can basically think about these antibodies non-specifically binding to and neutralizing autoantibodies and other bad stuff in the blood. Again, this is most commonly used to treat autoimmune diseases.

For consultation or evaluation by Dr Nate Bergman call, 216-337-1400 or visit our website www.Kemperwellness.com