Does the new Alzheimer’s drug Aducanumab mean the end of Alzheimer’s? with Marwan Sabbagh, MD.

In this episode, we hear the argument in favor of the new Alzheimer’s drug, Aducanumab (Aduhelm).  Dr. Marwan Sabbagh is a clinical and research leader at the Cleveland Clinic’s Lou Ruvo Center for Brain Health. He was a doctor that saw patients in one of the trials that led to the FDA’s Accelerated (provisional) Approval.

Note: Dr. Sabbagh notes his disclosure as an advisor to Biogen, the maker of Aducanumab.

We discuss what Dr. Sabbagh noted in his own patients involved in the recent Phase 3 clinical trial of Aducanumab.

Controversy over the FDA’s decision and why Dr. Sabbagh’s 25+ years of diagnosing and treating Alzheimer’s makes him optimistic about this drug.

Dr. Sabbagh talks through who he thinks might be a good candidate for Aducanumab, the drug’s known practical side effects, and how people might get access to the medication in the near future.

Ultimately, Dr. Sabbagh sees people in the near future living with Alzheimer’s like a chronic disease much like HIV or diabetes, or even cancer.

This episode presents a slightly different perspective than many of our listeners are used to.  We hope you find it useful. 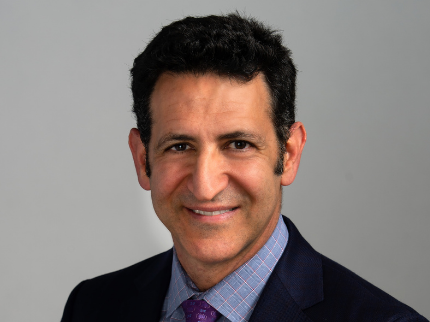 2:33 – what is this new drug and how does it actually treat Alzheimer’s

5:28 – Why Dr. Sabbagh is optimistic about this new drug

11:43 – Reasons for some of the skepticism around the study

14:11 – Dr. Sabbagh’s observations of the people who have taken the drug

27:08 – Responding to the criticism of the drug

32:30 – Other promising drugs that may be available in the future for Alzheimer’s patients