Is Alzheimer’s a Myth?

This week we interview another leading scientist and author who views Alzheimer’s as a more complicated process than one simple disease.
Our guest, Dr Peter Whitehouse, is an MD, PhD trained at Johns Hopkins and currently is a professor of Neurology at Case Western University in Cleveland, Ohio. He authored the book, The Myth of Alzheimer’s
Listen Now 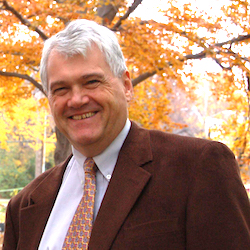 Dr Whitehouse does not deny that Alzheimer’s exists he just maintains that it is a condition with tremendous heterogeneity and is more like a syndrome, or a collection of multiple disorders. These may be characterized as a spectrum of disorders.

Dr Whitehouse notes that is very difficult to distinguish senile dementia – brain changes that occur over the result of time – and dementia.

Dr White discusses the controversy in the title of his book “the Myth of Alzheimer’s” and how it was received. He disagrees to some extent with the conventional approach to finding a cure for Alzheimer’s advocated by the NIH and Alzheimer’s Association’s view. The prevailing view is very much geared toward finding a single drug or set of drugs that will attack the problem.

We discuss “Scientism,” the faith in science based on ‘pumping enough money into a proble’ that Dr Whitehouse takes issue with. More and more he has adopted the idea that public health measures and intergenerational relationships are a key to successful aging and minimizing symptoms of cognitive impairment. A lot of this focuses on personal narratives, telling one’s own stories, either through a journal or organizations like Storycorps or Timeslips. He tells stories about elders passing on stories of activism to younger generations. Reminiscence “therapy” is one modality he mentioned.

He explains why he thinks the Babyboomer generation may have the collective power to work with other generations to evolve the conversation about aging and Alzheimer’s.